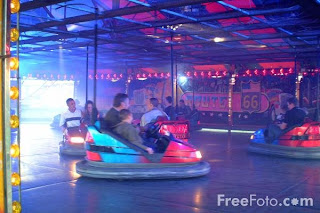 I think I’ve found the cure for road rage…. BUMPER CARS! I have been stuck behind a lot of really horrible drivers lately. I really think if I could just bump them softly and remind them that they should focus on driving rather than on their cell phone conversation or on whatever else they are focused on it might help. It might help to just be able to nudge the old guy who is going too slow or floating over into my lane. I don’t want anyone to get hurt, but I think it would be good just to bring people back to the task at hand – driving. Also, have you ever seen anyone that was in the bumper cars and not laughing…? I haven’t, so I think it would make everyone laugh a little too; instead of everyone being so angry when they drive.
Here are a few people who have already taken the bumper car idea to heart apparently….. 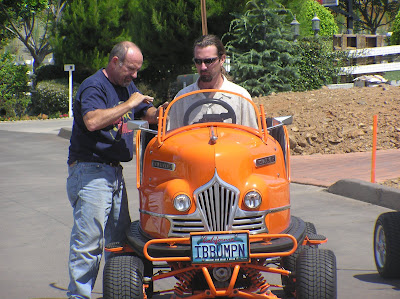 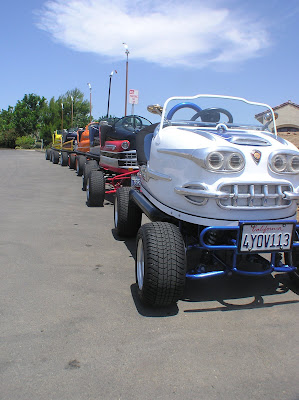 I don’t think I want my car to have to actually look like a bumper car. I just want big rubbery safety bumpers added all the way around that you can’t see…. Someone else will have to design it and do the physics. Do you think it would hurt to bump someone out of the fast lane at 70mph? I hope not because I think I would use my bumper car a lot to remind people not to camp out in the fast lane – not really a lane at all; it should really be used for passing only, not cruising, folks.

Bumper Cars for all…. 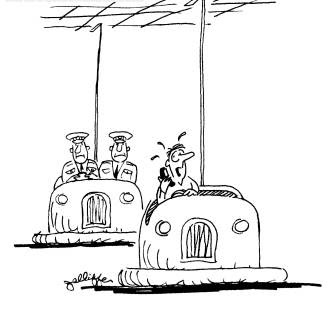 Posted by Tiffany Sommer at 10:28 AM 0 comments

So, this isn’t exactly how I thought I’d start my blog… obviously I didn’t get bit by the blogging bug immediately after starting this thing up, but I really have thought of a few things I want to post in the next few days... Anyway, back to this post: Glimpses. I’m borrowing this term from the movie Family Man. I’m sure most of you (yes, I know I currently don’t have anyone reading this blog, but it seems really weird to write to myself) know this movie already, so I have eliminated my overview, but just know it was originally a classic Tiffany overview – a really long “short version” because I don’t know how to tell the short version of anything. I like the details too much. So, anyone who doesn’t know the Family Man story just ask me or think a little “Bizzaro World”, from Seinfeld, but more like a reality that could have been.
Well, if you do know me you can imagine I’ve had a few “glimpses” in the last little while, or at least flashes, but this post isn’t about that kind of glimpse and it’s not about the Family Man, if you can believe that at this point….
This is about a “glimpse” I got this weekend and it wasn’t nearly as profound or life shattering as the glimpse in the movie. It wasn’t even exactly the same since I wasn’t transported to an alternate life, but that’s the best word I could come up with for it. Yet again, i digress... back to the story.
I was home on Saturday afternoon getting some work done while my brother helped me to install my new dishwasher (hallelujah)… ok, buy ‘helped’ I mean he did the whole thing and I sat on the coach and did some work. As I worked I watched my nephews run around my house. They don’t make it over here that often so this is new territory for them and they were ready to explore as they said “Aunt Tiff, you have the coolest apartment ever!” (Not really true, but to them I’m sure it’s pretty cool). The dynamic of these little boys is pretty fun – there are four little boys ages 9-6. Karsen is 9, Cameron is 8, Teagan will be 8 in a month and Boston just turned 6. Three of them are brothers and the fourth is their cousin. They are a very tight knit little bunch, and have been since the day there was only two of them. They can’t think of anything better than a day spent playing with "the cousins".
Well, they ran up and down my stairs and admired the hole I have in the wall that looks down from the loft to the living room; checking if those below could see and hear them from up there, multiple times… and we always could both see and hear them :-). They also took a liking to one of the storage areas in my loft/office. It’s a storage area that goes into the part of the roof where the pitch of roof hits the top of the building so it’s short and gets shorter towards the back. It has a door that is approximately 4’ tall to get into it. They found this place to be a perfect place to hide out.
They would come downstairs for a minute and then one of them would say “to the meeting room guys” and all four would barrel up the stairs and into the loft for a meeting. I think they liked calling it a meeting because it sounded grown-up like something their dad or I would do. So, they did this many times in a row, but at one moment they were all standing at the bottom of the stairs, on the landing about to ascend and I looked over and had my “glimpse”. As they turned around it actually seemed to be in slow motion and I pictured all 4 of them in 5 to 10 years. A bunch of big teenage boys, or young men really. How different they’d be. They would no longer have their rag tag hairdos, holes where teeth are missing or new teeth that don’t exactly fit the size of their faces yet. I’m sure they won’t have ketchup stuck to their faces from a Wendy’s lunch they just ate…Would they still love their cousins as much? Would they still think Aunt Tiff was really cool? Who were they going to be…? I was amazed at who they already were and that I had a finite time to spend with them and watch them grow. I realized I should be spending more time with these fantastic little boys. I wanted to hug them all and cry and never let them grow up. I abstained, but it was difficult :-)
Well, that was my glimpse, but I realized how wonderful family is and how quickly life changes. I love those little boys and all my nieces and nephews. The unconditional love they show me really can brighten my day and week.
I don’t think blog posts are meant to be quite this long, but I’m not very good and cutting out stuff, like I said. So, you’ll have to deal with the raw story…. All of it :-)
I’m grateful for these moments!
Here's your glimpse of these fun boys. 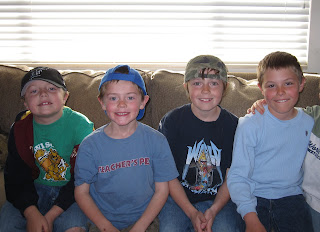 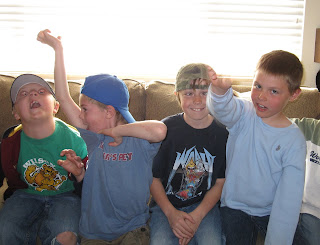 Had to throw the goofy one in here. Love that Boston is licking his armpit - where do they come up with this stuff... 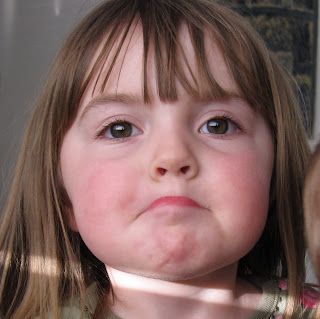 And I had to put in one pic of Aizy as well, just because she's so cute and she was trying so hard to make funny faces like her brothers.

Posted by Tiffany Sommer at 12:56 AM 0 comments